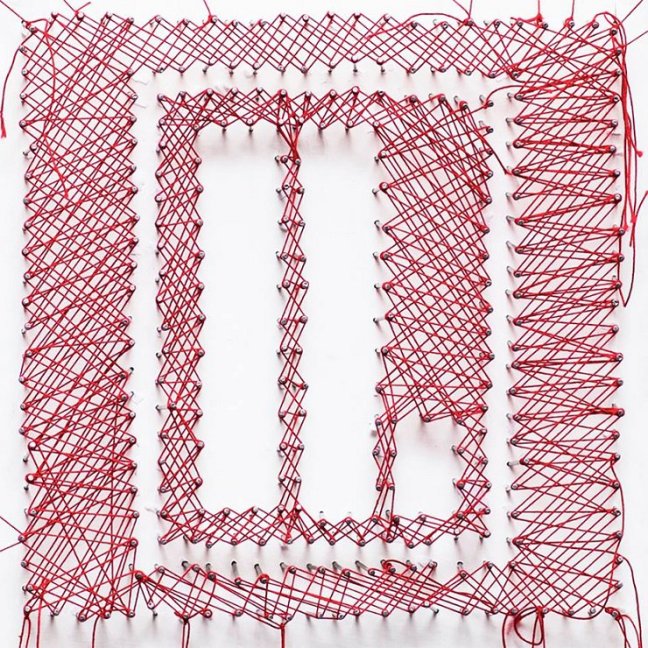 letlive. have made no secret about the arduous process behind creating their newest record, “If I’m the Devil…”. Early in 2015, key member and guitarist Jean Nascimento left the band, and it seemed like the remaining members were suddenly at a crossroads. They tried out several touring guitarists, but no one seemed to stick, and eventually they settled on staying a four piece. Asides from that, it seemed that they were at a creative crossroads as well – the band had always pulled together incredibly diverse styles, drawing from punk, hardcore, soul, pop, and more to create their signature sound. But with a key member out of the mix, and the band’s maturing age, they had some soul searching to do. For better and for worse, “If I’m the Devil…” is the result.

It’s immediately clear that this album is different right from the opening track, “I’ve Learned to Love Myself”. Where their previous albums typically opened up with a bang, this track offers up twinkling guitar arpeggios, sweeping violins, and an emotional (yet restrained) vocal from Jason Butler. It sets much of the tone for this record, showing that the band is now opting for space and subtlety instead of packing every decibel with wall-to-wall riffs and throat-shredding vocals. And while that’s not necessarily new for them, it was something they only ever flirted with in passing to spice up a song, never used as the basis of them. Songs like “Reluctantly Dead” and “If I’m the Devil…” benefit greatly from this approach, building up tension and releasing them in ways that their former “all cylinders at all times” approach couldn’t. There’s also a lot more space for the band to play around with different sounds: “Foreign Cab Rides” is a song soaked in spacey, reverb-laden guitars with an explosive middle eight courtesy of guitarist Jeff Sahyouhn, “Good Mourning America” works in a sort of modern spiritual that seamlessly fades into the actual song, and the aforementioned “I’ve Learned to Love Myself” wouldn’t be the track it was if not for the inclusion of its emotional strings. All of this space also leads to another interesting, if not obvious, turn for the band: Jason is finally given room to rest his hellion screech and instead loose his soulful, emotive singing voice on these tracks. It’s been clear since “Muther” that Jason had a hell of a set of pipes on him, but the band’s frantic and aggressive music rarely lent him the opportunity to use it with any frequency. But here, he often channels his inner Michael Jackson, firing off catchy chorus after catchy chorus with ease. It might be a hard change to stomach for fans of the band’s hardcore edge, but the band was running the risk of falling into self-parody if it just churned out another recordful of pissed off scream-alongs.

But there’s another side to that, as well. In the name of evolution, the band has also written off a few of the things that made them truly interesting and exciting. While exploring melody and space is new for letlive., it’s also had the side-effect of scrubbing them down into something much more radio-friendly and generic. That’s not a bad thing in and of itself, but much of what was interesting about letlive. was their ability to fuse creative and inventive guitar work into even the slower and catchier portions of their music. Instead, when the band tries to let loose and fire off a missive reminiscent of their “old” days on “Another Offensive Song”, we’re treated with a simplistic power chord chug that sounds like it could’ve been written by just about any garage band. “A Weak Ago” suffers a similar fate, being built around a cliché blues-inspired guitar strum that leads only into an arpeggiated version of the same chords later on. In fact, almost every prominent guitar part on this album is incredibly simplified, often being content to settle for power chord chugs and arpeggios in every song. In that light, it suddenly becomes hard to tell if this record’s space and texture was inspired by genuine creative necessity, or simply necessity born of Jean’s departure.

At the end of the day, though, “If I’m the Devil…” works. While they’ve always had an element of pop and rock laced through their music, deciding to lean almost entirely on that sound was a risky move, and one a band their size wouldn’t take unless they felt it was creatively necessary. This record is vital to the band’s continued existence, because it opens up sonic doors to them that would’ve stayed locked had they decided to keep writing angry song after angry song. To finally know for sure that this band has the range to write songs as emotional as “I’ve Learned to Love Myself” alongside politically charged groove rock tunes like “Good Mourning America” and “Reluctantly Dead”, and on the same record as a screamer like “Another Offensive Song” is exciting, because it was only ever hinted at before, and means their next record could sound like anything. Sure, there might still be a few kinks to work out, but this album could be the launching point for something even more different later on. All of which simply means that letlive. have traded energies: where once it seemed like the band could destroy anything, anyone, or itself at any given moment, instead it feels like they could make anything, anywhere at any given moment. And that’s a great feeling.