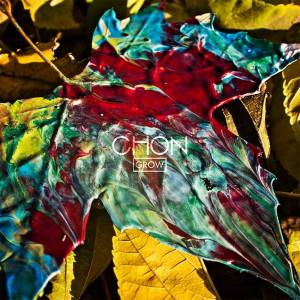 CHON have been instrumental music’s best kept secret for a few years now. They’ve been seen on high profile tours with bands like Animals as Leaders and Circa Survive, but up until now, their actual discography has consisted solely of two short EPs and a handful of bedroom-quality demos. Grow is the band’s first full-length release, made possible by their recent signing with Sumerian Records.

In CHON’s early days, it was fairly easy to write them off as an instrumental rip off of The Fall of Troy, heavily borrowing from their style and only making it their own with the major-key spin they placed on it. But they’ve come a long way since then, and Grow shows the band truly coming into their own. Here CHON demonstrates their ear for melody and progression, no longer keeping to the frenetic riffing that characterized their earlier work. It’s a markedly different sound, one which resides mostly on the lower side of the tempo spectrum, and is replete with clean guitars and tasteful drumming. The result is music that is ridiculously sunny and upbeat, gentle yet energetic, and with enough technicality to even keep the theory nerds entertained. In fact, it’s a breath of fresh air in a genre that’s packed to the gills with rote extended range riffing and guitar work that’s complex only for the sake of being complex. CHON knows when to flash their skills and when to take a step back and let simpler tricks do the work, and that extends to another section of this album: vocals. While by no means ditching their status as an instrumental band, they’ve expanded their repertoire to include some sung sections, too (provided by bassist Drew Pelisek on “Can’t Wait” and “Echo“). And despite these songs being surrounded by instrumental tracks, they don’t stand out like a sore thumb – Pelisek’s voice is smooth and mellow, blending with and complimenting the music in a way that feels like it has belonged there all along. However, there are a few snags on CHON’s debut record. Though they’re excellent musicians and have a knack for melody, their songwriting doesn’t feel quite there yet. Songs like “Story” and “Perfect Pillow” are immediate and memorable, yet others like “Suda” and “Moon” don’t seem to go anywhere, feeling more like an improvisation over a backing track than a unique song. Luckily, the album’s short length (just a hair over 34 minutes) means that despite this flaw, there isn’t really enough time for it to stagnate. The best tracks still have room to breathe without having to fight for attention against a glut of other tracks, and CHON’s music is so pleasant that even in its duller moments, it’s hard to dislike. But more than anything, it must be remembered that Grow is the debut work of an incredibly young, incredibly talented group of musicians. CHON has a unique, sunny sound that’s uncommon in the world of instrumental guitar music right now, and the technical chops to earn their place in it. Grow might not be an absolutely perfect album, but it’s the proof of concept for a band with tons of potential.